Hopefully I can keep this entry short. I am not feeling great. . . and although I don’t believe in getting sick I am scared I might be.

Today she was still very “methadoned” this morning. Its so scary to see her like that. Eyes half open. . totally out of it but aware. We won’t leave her alone for a second when she is like that since I know she hates the way she feels. She came around a bit faster today though.

I offered to take her in the rain. She said yes…wait no she didn’t say yes. She doesn’t say much ever anymore. But we communicate so well. Somehow even just a slight movement of her head I can tell what she is trying to say.

mother daughter bond I am so thankful for..

See and hear her just being goofy

I miss this voice…this attitude and personality.

Later when the nurse was here I found out she didn’t want to be moved because her back hurt. This girl of mine never complains of pain so I imagine its pretty substantial. . .

It could be positional. . . like it aches from a position or not changing up positions enough.

Or its tumor. That mystery one growing in her spine.

I run my hands along her back now feeling every bump thats supposed to be there  (though never jutting out like this) and I am wondering if I will soon feel the one that’s not.

Dr Partap was surprised that Jennifer had not already been complaining of back pain.

With the nurse we talked about how the vomiting is getting worse again. We aren’t sure if its because I have pulled back a little on the anxiety meds….but she fights me on taking the higher dosage…hates how it makes her feel. Or if its pressure in her brain.

We are going with pressure and she got a IV dose of steroid. While she was getting it we gave her some smoothie to drink.

SHE DRANK IT…and kept it DOWN!!! 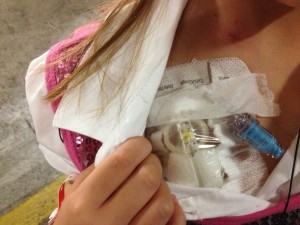 She had a bit more later in the evening and that came up after about 30 minutes. But I still think if we can get her just a little nutrition we can borrow a few more good days with her.

We also had to de-access her port. She hates it so much. Her port is a triangle device in her chest…and when accessed shehas a needle with tubing hanging out to give her IV medications.

The part of taking it out that she hates so much is the sticky tape rectangle covering it. Through radiation we learned some tricks. But none of them worked today. She screamed and screetched and even kicked. But tried to so hard to get calm and take deep breathes. I hate hearing her so upset.

Through this journey the sounds she makes impact me so much. Perhaps its because so few sounds come from her now I hate that most of them are pain and discomfort.

Like when I put in the suppositories. .  Its a gasp . . even after all these days…(I think tomorrow is a week) of putting multiples ones into her she makes a noise like its still a shock to have mommy doing that to her. At night is the worst because sometimes she is still pretty asleep when i do it.

I hate that noise…..

I will miss that sound….

The rest of the evening was spent snuggling watching movie after movie.

but I have noticed a disturbing trend. So often characters die, or at least we the audience are lead to believe they die only to come back again…

For her I guess its ok…maybe…?

But my other kids . . I think I will have to be very conscience of what they watch.

Because once she is gone from this earth, once her body stops working. .

. .  there is no fairy tale ending for my family .

she is never coming back. 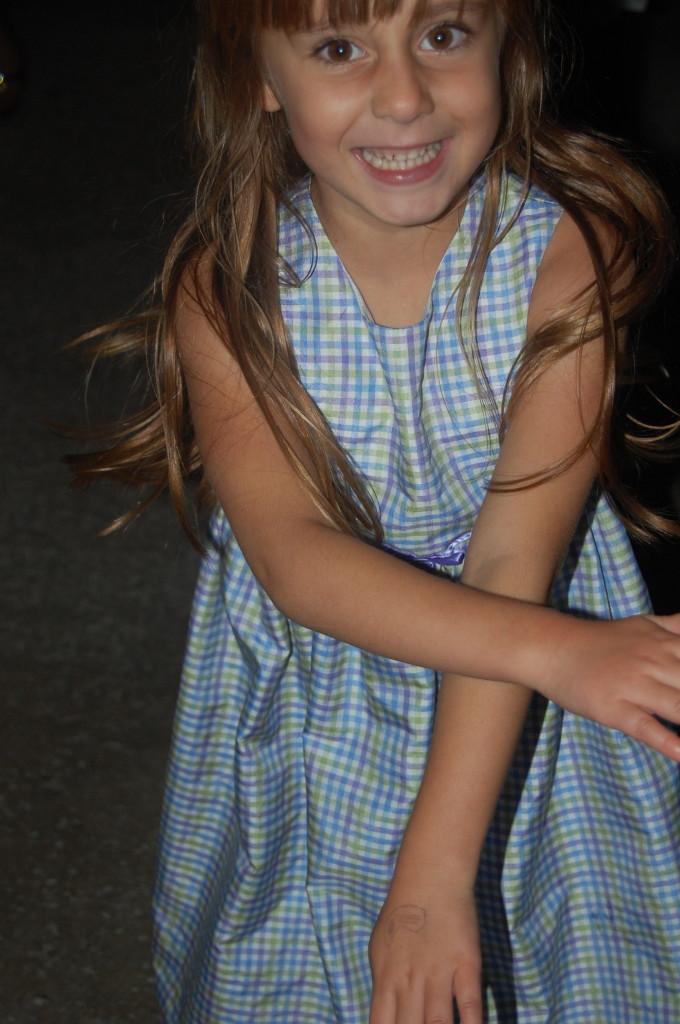